We all knew this was coming. Yesterday, the courts pushed back against earlier rulings on privacy and the NSA’s data-collection schemes. From the New York Times :

“A federal judge on Friday ruled that a National Security Agency program that collects enormous troves of phone records is legal, making the latest contribution to an extraordinary debate among courts and a presidential review group about how to balance security and privacy in the era of big data

In just 11 days, the two judges and the presidential panel reached the opposite of consensus on every significant question before them, including the intelligence value of the program, the privacy interests at stake and how the Constitution figures in the analysis.”

I do hope that the US Supreme Court picks this case up. Not that I’m expecting the court to rule in favor of privacy, I just want some definitive status-quo so that an honest discussion of the issue can take place. I get the sense reading the news that no one really understands what’s at stake or the relevant precedence in law for online privacy. The technology is changing fast and, consequently, no one feels like its worth developing a strong opinion. At this time, a large judicial decision might help people wake up and become involved with the issue of digital privacy.

I think this is more or less the role that Roe vs. Wade had on the issue of abortion. Before the landmark ruling, the anti-abortion movement was a disorganized coalition of church groups shell-shocked by the sexual revolution and unable to put forward any argument beyond dogma. Forty years later, with the specter of Roe vs.Wade still looming, the Pro-Life community had formed itself into a cohesive and burgeoning movement dwarfing its opposition on the national stage.

I would hope something similar might be possible for the advocates of online privacy. A setback wrought through judicial activism would be bad; but could anything be worse than the slow deterioration of privacy through apathy and public ignorance?

I’m a cynic by nature, so it’s great to occasionally revel in a small victory even though one might have an eerie foreboding that the gains seen today will be wiped away by tomorrow’s ill omens.

First, several weeks ago, I heard a very interesting story about a segment of Engineers at Google working towards advancing the cause data-ownership. Recently, these folks introduced a new function to easily download one’s data off of the Google Platform.  This might seem to be a pedantic thing for people not on the techie side of things, but this is a pretty major concession on the part of a company that makes its money from exerting control over personal information. More than the actually utility of downloading 4 giga-bytes of e-mail messages and “having them” on ones drive, the step of accommodating the download tacitly concedes that users have a distinct ownership over the data they upload onto Google. This is a big step.

I’ve always been a little concerned about how dependent we have become on Google to hold the information infrastructure that supports our lives. I still don’t trust the company, but it’s good to know that there are people who are aware of the problems 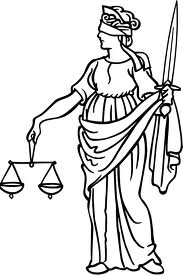 But just as the advocates for privacy must be ever vigilant, so too must Justice’s sword be swift at avenging its offense, and oh-did the avenging sword fall today:

“I cannot imagine a more ‘indiscriminate’ and ‘arbitrary’ invasion than this systematic and high-tech collection and retention of personal data on virtually every single citizen for purposes of querying and analyzing it without prior judicial approval,”

That quote from judge Richard L. Leon of the Federal District Court for DC in the first ruling of what I hope to be an utter judicial repudiation of the Obama administration ‘s assault on privacy and data ownership. It’s hard not to be optimistic after a ruling strikes at the core of the NSA’s efforts to co-op all privately collected data. However, this is not a definitive as it might at first seem. The ruling just an injunction against further collection of data and likely this step will be overturned by a higher court considering the liberties Judge Leon took with interpreting Smith v. Maryland.

Nonetheless one has to celebrate the small victories raise, raise a glass, and sing something appropriate to the occasion, maybe by Robert Burns….

It looks like South Park finally weighed in on the NSA scandal during last Wednesdays show. True to form, Parker and Stone take the cool-headed approach to government spying and point to the central overlooked fact about human-based surveillance : it is completely intractable. 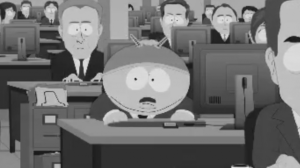 Even though I spent last week’s post arguing against complacency to surveillance in an age where computers are rapidly taking over for humans,  I think Parker and Stone’s point is well taken. It is worth remembering that, in contemporary times at least, surveillance is still a human driven activity and we shouldn’t expect to see vast data-mining systems wrapping their coils around our personal lives.  Paranoids conspiracy theories are enemy of concerned citizens and the last thing we need is another Dylan Averary or Alex Jones intruding on a serious effort to understand the bounds of privacy in the modern era.

Still, given recent events, one might  wonder if the broken watch that is the conspiracy community isn’t also right twice a day……

This work is licensed under a Creative Commons Attribution 3.0 Unported License.